Inexperience is usually the main culprit when an interviewer asks an inappropriate (even illegal) question during a job interview. Sometimes the interviewer might be an entrepreneur trying to stack the deck in their favor by sneakily trying to obtain information in an effort to filter employees with current or past issues that they feel will affect their business such as religious beliefs (ie., holidays), children (ie., making them late or take unscheduled days off), potential drug problems, and much more. 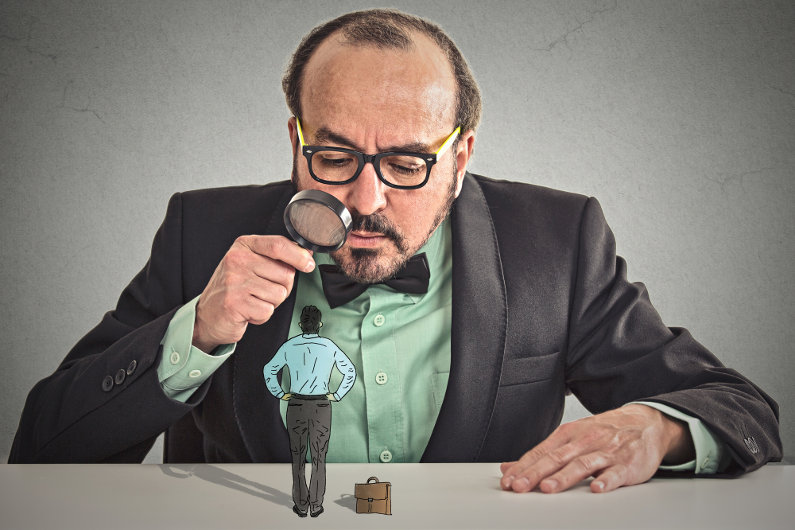 Whether you’re a potential employee, employer, or recruiter, here are 7 questions that should never be asked or answered during an interview:

Nobody has to answer this question during a job interview. All that’s required is that you’re legally eligible to work in the US, Canada or UK – depending on where you reside. If asked this question simply state “I’m legally able to work in this country” and leave the details limited to that.

2. Have you ever done any drugs?

Some jobs, such as long distance trucking and many other professions require regular drug testing. This might lead you to believe that it’s perfectly acceptable to ask (interviewer) or answer (interviewee) this question. It’s not. And who in their right mind, but the most honest of people, answer this question during a job interview. And if you’re a recovering alcoholic or drug addict, save the honesty for your meetings.

3. Are you married? Do you have any children?

These two questions are normally lumped together and not usually for the purpose of striking up a pleasant conversation. Employers know that taking care of a spouse and family opens the door for complications. Usually in the form of unscheduled, inconvenient time off – or at least that’s the assumption many who would ask this will make.

4. Do you have any spiritual beliefs?

This is a veiled attempt for the employer to screen people of various religions that require days off that don’t necessarily fit in with the status-quo or which require long bouts of time off. I won’t delve into all the various religions out the time off they require, but anti-discrimination laws require employers to respect all employee’s religious beliefs, and there are a select few who try to avoid it by keeping said religions out of their ranks.

5. Would working here require a long commute for you?

It’s entirely up to the job candidate whether they’re willing to commute for 2, 3, 4 or more hours a day to the job. All that’s required is that a person be able to start work at a certain hour each day and/or be willing to relocate for the position if they live out of state. If you are relocating, it’s okay to make it clear you’d do so immediate after being hired.

6. Have you ever been arrested?

Employers can make it a condition that you pass a criminal background check before being hired. There’s nothing wrong or illegal about this. However, it’s inappropriate and unprofessional to ask it during and interview, and not very smart to answer such a question if you’re the interviewee. If you have been convicted of a crime for which you haven’t been pardoned, you do have to answer yes to such a question on the job application, or risk the truth being discovered later prompting your dismissal from the job.

Other than answering “Yes” to the question “Are you at least 18 years of age?” you’re not required to offer any other age-related information. You also don’t have to provide any proof of identity other than your social security (or social insurance) number for payroll purposes.

Employers usually make the mistake of asking this question when the person looks much younger than their age, or much older than someone the employer would prefer to hire. It’s not always a bad question to ask, though always illegal to discriminate against. Some jobs require able-bodied people who can lift 100 pounds all day long – not the best option for a 70-year old to consider.

Interviewers should heed all the employment rules for their respective jurisdiction. Even though some of these rules make it harder to hire the perfect person for the job, they exist to make the process of finding a job as fair as possible for everyone.

If you’re a job-seeker, don’t rudely refuse to answer any of the questions listed above. The interviewer might be asking them for completely innocent reasons, such as trying to be conversational. Read this guide on how to answer inappropriate and/or illegal interview questions.