We’ve all been brought up to fear the almighty IRS audit. Your entire business and personal life are immediately thrown into turmoil when the dreaded letter or phone call comes.

In the days that follow, images of some nerdy-type agent leering at you from across a desk, questioning you like a homicide detective would, becomes your constant nightmare.

The days of IRS agents having to manually scour every return from every business and person in the country to find delinquents are long past. They now have the DIF (Discriminate Function System) that analyzes and flags returns that are considered outside the norm. If the DIF flags you, an agent is soon to show up at your (proverbial) door.

The good news is that, unlike most government systems, the most common triggers are well known public information. If you can avoid these triggers on your return, the likelihood of being audited can drop to near zero in some instances.

If you’ve had to opt for the extended deadline (September 15) instead of the first deadline on April 18 this year because your tax situation is a mess, you’ll find the following information particularly useful.

Make sure you have all your records in order before filing a claim if this is you. Poor records mean fines, penalties and even worse, misunderstandings – the very thing you want to avoid when confronted by one of the country’s most powerful organizations!

2. More deductions than your income justifies

It takes money to make money. However, if you’re spending as much as you make on business expenses, or anything that seems out of the ordinary to the IRS, DIF will surely flag you and someone will come a knockin’ on your door sooner rather than later.

These sorts of flags are almost always justified. Consider a business that claims to have contributed 25 percent of their overall income to charitable organizations. Unless you’re a Jehovah’s Witness or Pentecostal, this kind of generosity is way out of line with what most businesses would sacrifice to their own detriment. This goes for any out-of-line expenses you claim.

Startups often get flagged for this reason too, and it’s unavoidable. A lean startup is called a lean startup for a reason. Most times your expenses will outweigh your profits. Keep meticulous records in case an audit comes and you’ll be fine.

Your accountant is very unlikely to engage in this deceitful practice. However, if you’re doing your own business taxes, you might think it’s okay to round down a couple of bucks, but the IRS doesn’t think so. What’s a mere $3.50 when you claimed over $80,000 in income, right?

The IRS already has a pretty accurate idea how much your business has made this year already. It’s your deductions they don’t have a good line on. When you round up or down on your income, the agency is going to want to know what other numbers you deem it fine to fudge on.

The rules surrounding this particular deduction are very simple: You can only claim a portion of your home if it’s used exclusively for business purposes. 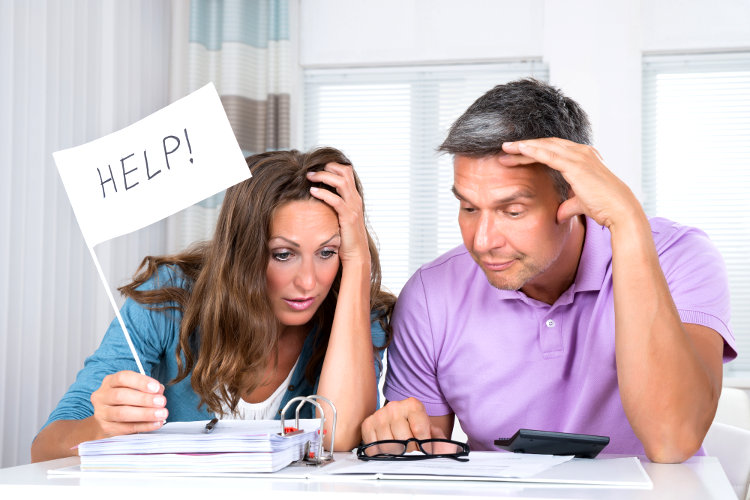 This is how the IRS catches money-laundering operations. When your business never makes any money, a flag is going to be triggered because any sane person or government entity will invariably have to ask “Why/how are they still in this business if they aren’t making any money?”

As with any tax issues, meticulous record-keeping and the willingness to be upfront about everything when/if contacted by the IRS will keep those who’re having a legitimate bad time out of trouble.

6. You filed a schedule C

If you opted to file a schedule C for last year, it’s possible that you might be more likely to get audited. However, little evidence exists that filing a 1040 in and of itself is an immediate trigger for an audit though. It’s usually a combination of this, plus one or more of the others listed on this page that will put you on the radar.

7. Excessive entertainment deductions on your return

In essence, if you’re going to claim vacations and huge get-togethers as business expenses, they’d either better be legitimate – or you very clever! The IRS views any entertainment expenses as being ripe for abuse. They’ve heard all about people taking their spouse to Bali for a romantic getaway and writing the whole thing off on the taxpayers dime.

Nobody really knows what they deem as “too high”. If you’re in a schmoozing business like recruiting, wealth management and others; the limits are likely much higher. Regardless, keep meticulous records for all claims above $75 (ie., when and where; the purpose as it relates to your business, and a list of everyone in attendance).

8. Claiming business vehicles as an expense

This is another deduction that’s ripe for abuse. Claiming the IRS’s standard mileage rate + your actual expenses will very likely result in an immediate audit. Keep accurate records of every date and the times driven, mileage traveled, and purpose of the trip.

Also, claiming 100 percent business use on your depreciation form will more than likely trigger an audit. Corporations don’t have issues with this, but you’re a small business owner. In their mind, how likely is it that your work vehicle isn’t also used for more than its fair share of personal use? In most cases, not very!

Avoiding these common audit triggers won’t guarantee that you won’t get audited. However, if you’re completely on the up-and-up and don’t make any false claims, you have nothing to worry about anyhow.

Do you feel you’ve ever been unjustly audited?

If so, how did it turn out in the end?

Previous Post: 4 Ways to Guarantee Your Business Loads of Customers
Next Post: 4 Reasons You Shouldn’t Hire Interns at Your Business